It’s Not Just Science: The Subtle Differences Between SAT and ACT 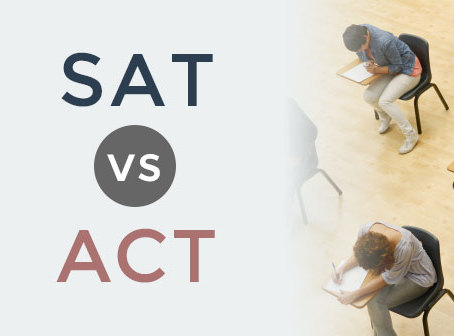 For some students, choosing between the SAT and ACT is like choosing between doing the dishes and taking out the garbage. Both exams are fraught with challenges and pressures that make them anything but fun.

Ideally, though, students should view standardized testing as an opportunity. A disappointing grade in 9th grade chemistry class isn’t going away. But, a fantastic score on the SAT or ACT may still lie ahead. Students who prepare, practice, and study smartly can, in very short order, achieve scores that will enhance their college applications.

For decades, the SAT was the most dominant test in college admissions. The ACT was popular in mainly the Midwest. In recent years, the ACT has expanded to the point at which more students take the ACT in the United States as take SAT. For the past two years, the gap has been well over 100,000 students, according to the ACT's figures. Regardless of the number of test-takers, colleges have always viewed the two equally. Admissions offices truly do not care which scores an applicant submits.

As a result, one of the most difficult standardized test question that students have to answer is, which test will I take?

There are abundant rumors and assumptions about how students should choose an exam. The ACT relates more closely to the high school curriculum than does the SAT. Many international students who are unfamiliar with multiple-choice exams may find the SAT “tricky.” Conversely, they may be challenged by the ACT’s time constraints. (Unfortunately, the ACT has fewer overseas testing centers than does the SAT, but those numbers are growing.)

In reality, many  students who try both exams receive nearly equivalent scores (according to the official ACT score concordance, which compares the exams' respective scores according to percentiles). So, it may be a matter of aesthetic preference. No matter what, once students choose an exam, they should commit to it. Smart studying will always yield higher scores than will frantic attempts to hedge one’s bets.

Here are some differences that students should consider as they approach the two exams. Unlike on the exams themselves, there’s no right or wrong choice. Students should choose the one one which they feel they will do the best.

The SAT Math section covers numbers and operations; algebra and functions; geometry; and data analysis/statistics. The ACT math section covers algebra; geometry; and trigonometry. Though math is the “universal language,” international students should take care to compare their schools’ respective math curricula with the material that each test covers. Click here for more detailed descriptions: ACT and SAT.

To put it more abstractly, the ACT tests the application of concepts, while SAT tests recognition of need to use concepts.

Example:  A question testing the Pythagorean’s theorem on the ACT would include a picture of a right triangle with two sides labeled, and so it becomes obvious to the student to use the theorem.  On the SAT, it would be a complicated word problem about someone traveling south and then east so the student has to draw a triangle, connect the points and then recognize they have a right triangle.

SAT Critical Reading tests students’ ability to use evidence to draw inferences and conclusions. ACT Reading tests speed and instant recall. There is intense time pressure on the ACT reading, so most students don’t have time to review the passage.

Most reading comprehension questions on the ACT don’t have line numbers so students have to remember what they read, so when it comes time to answer the question they can’t easily look back at the passage. On the SAT, almost every question includes line numbers, so students can go back and re-read the piece of the text in question, then the goal is to think about what the text says/means/its purpose.

The ACT has no explicit vocabulary component, making it potentially easier for non-native speakers or students who aren’t willing to dedicate outside time to memorizing vocabulary words.

The SAT writing section, which includes both an essay and sentence- and paragraph-improvement questions, tests 18 grammar and usage errors that repeat on every exam. Each Writing section includes only 2-3 idiom questions, so a non-native speaker who is taught all the grammar rules can still score very well even without an extensive knowledge of English idioms

The ACT tests a broader range of grammatical and usage errors than the SAT does. It also frequently tests idiomatic errors, such as eminent/imminent or prepositional pairings like evidence of/evidence for.  As much as 30-50% of the questions on any given ACT can be idiomatic.  Non-native speakers may therefore have a harder time improving on ACT English.

The Science section on the ACT has no equivalent on the SAT (though the SAT offers a range of Subject Tests, including the major sciences). It tests students’ ability to analyze charts/graphs and make conclusions but it does not test specific scientific knowledge, such as particular concepts from biology, chemistry, and so forth. It’s more a test of logic and scientific thinking.  Interestingly, students who do well on the reading portion of the SAT often do well on the science section of the ACT.

Ninety percent of questions on ACT Science can be answered by only looking at the charts/graphs and without reading the text. Once students get used to this format, they can often work much more quickly. A student with a disappointing initial score on ACT Science but strong scores on the other sections should probably retake the exam as the science section is so easy to rectify with a little practice.

The SAT has three sections of 800 points each. The section scores are added up for a total, which is 2400. The scoring scale is centered (averaged) at just over 500 points per section.

The SAT penalizes students ¼ of a point for each wrong answer.  For this reason, students who are attempting to “score select” should leave unknown questions blank. The ACT has no guessing penalty.  Students can focus on the questions with which they are familiar and then, as time runs out, can literally guess on questions that they have left blank.

An elite full-service tutoring company, ArborBridge is a world leader in educational support services, both globally and in its home base of Los Angeles. ArborBridge has pioneered online tutoring for everything from the SAT, ACT, and ISEE exams to academic support for middle school and high school students. Through its innovative online tutoring platform, ArborBridge has reached students in over 40 countries worldwide. ArborBridge's in-person tutoring services begin in early childhood, with its exclusive Essential Skills Program and continues through high school with support in every academic discipline. ArborBridge also specializes in helping students with mild learning disabilities reach their full potential. ArborBridge's tutors and directors are worldly, dedicated educators who have graduated from some of the top universities in the world, including Harvard, Princeton, Yale, Penn, MIT, UC-Berkeley, and UCLA.