How to substitute numbers for variables on the ACT Math section 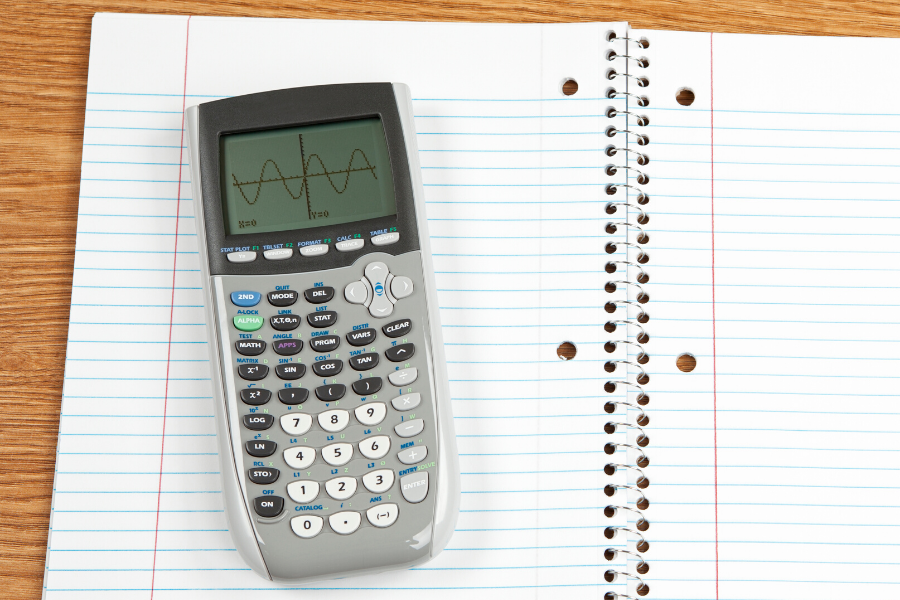 If you’re like most students, you’d prefer to do math with numbers than with variables. This first time you heard “x plus 3” in your pre-algebra class, you probably said “how exactly am I supposed to add a number and a letter together?!” The ACT likes to throw variables at you in problems where they aren’t really necessary. While it is important for all students to eventually become comfortable using variables, there are some instances in which it can be easier to simply replace variables with numbers. We call this technique “pick trick.” Let’s jump right in by looking at a sample problem.

At the local supermarket, b boxes of apples cost d dollars.  Each box has g apples in it.  In terms of b, d, g, and h¸ how many dollars does it cost to buy h apples total?

Woah! I don’t know about you, but I’ve never gone to the supermarket and asked for “h apples.” Let’s make this problem a little easier. Our first step here is going to be to substitute a number for each variable. I’m going to try to pick numbers that seem realistic for this real-life problem. Let’s go with this:

The second step is to re-write the original question using these numbers. Here’s the new question: At the local supermarket, 3 boxes of apples cost 12 dollars. Each box has 5 apples in it. How many dollars does it cost you to buy 55 apples?

That sounds like a much more manageable problem! Our third step is to simply work through the new problem as if we had been given those numbers in the first place. Let’s do that. If 3 boxes of apples cost 12 dollars, that’s $4 per box. If you want to buy 55 apples, and each box has 5 apples in it, you’ll need 11 boxes of apples. At $4 per box, that’s a total of 44 dollars. 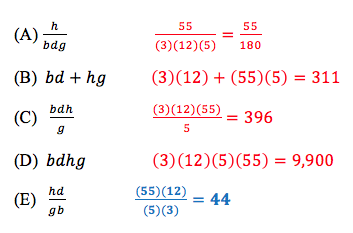 That was pretty easy, wasn't it? The great thing about the pick trick technique is that you’ll get the correct answer no matter what numbers you plug in. There was nothing special about choosing 3, 12, 5, and 55. You could have chosen completely different numbers and still reached the same answer. You would have had a different “aim” than 44 dollars, but whatever number you ended up getting, it would be answer choice E that matched. Of course, there are certain numbers that are inherently easier than others. You probably noticed how 12 was easily divisible by 3 and that 55 was easily divisible by 5. Consistently choosing numbers that make the math easier is something that comes through practicing this technique over time. If you’d like, go ahead and try the pick trick technique on this problem using your own numbers. Then, look for ways to apply it on your next set of ACT practice problems. I’m willing to bet there will be a few instances where it’s a big help!

How To: Translate Wordy Problems from English to Math Equations
How To: Identify Relevant Geometry Equations

How to answer percentage questions on the ACT Math section
How To: Eliminate Unnecessary Commas in the ACT English Section
How To: Identify Relevant Geometry Equations in ACT Math