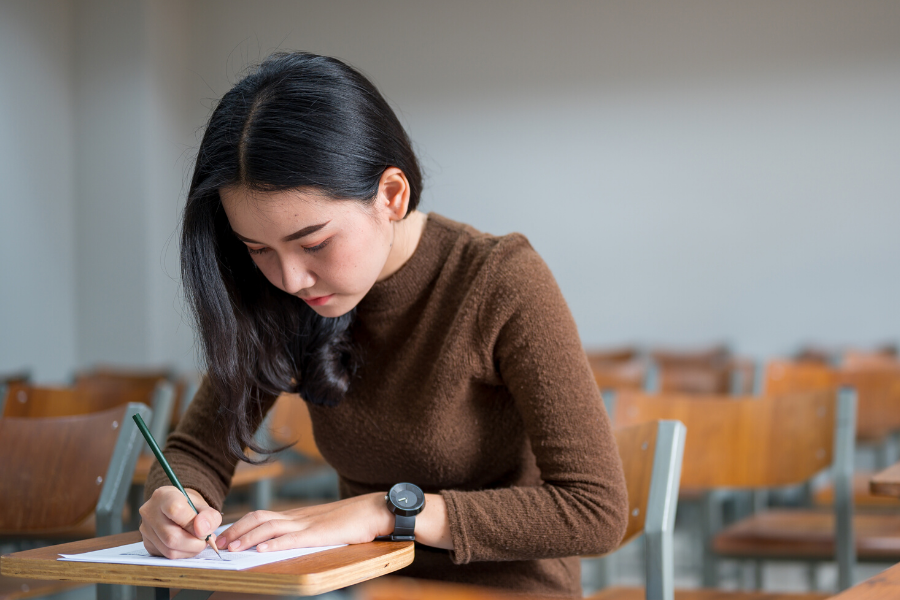 But, whereas “Friday” was all in good fun, Weiss' Wall Street Journal op-ed “To All the Colleges That Rejected Me” stirred debate and grabbed attention by expressing—on a national stage—what tens of thousands of high school seniors are only thinking: that the brutality, and opacity, of the admissions process all but negates their sincere efforts to do well in school and develop their talents.

In that sense, Weiss’ lament is nothing unique. It is, perhaps, best left for the dinner table, over a meal of, as Weiss herself admits, “sour grapes.”

I suspect that the Journal, though no stranger to capitalist competition, ran her piece in order to give a voice to all the students grappling with the exact same emotions as Weiss was. With that said, Weiss’ experience, and some of her misconceptions, demonstrate that disappointment and frustration do not have to be part of the application process, regardless of whether a student gets in or not, as long as applicants understand the application process.

From my career as a college counselor, I know that there’s a great deal that students can do to ensure that they maintain their sanity and sense of perspective, and, in doing so, increase their chances of getting into their dream schools. Here are a few of them:

Plenty of ink has been spilled over the infinitesimal admission rates at the most selective colleges. Those rates are published all over the place, including in the schools’ own literature. Every applicant has to know the odds and has to understand that—due to the size and quality of the talent pool overall—there’s little reason for any applicant to prime facie assume that he or she is going to beat the odds. As well, applying to many highly selective schools does not necessarily increase your chances in the aggregate: if you’re a generic applicant who applies to schools with, respectively, 6%, 10%, and 15% admission rates doesn't mean that your chances are 31%. They’re probably no higher than 15%, because you’re still facing equally strict criteria and tough competition at all three schools.

Weiss reveals that she scored a 2120 on the SAT. Strong as it is, this score puts her below the median of successful applicants at some of the Ivy League colleges that rejected her. Based on her SAT's alone--and, of course, admissions are never based on SAT's alone--Weiss was less qualified than were most of the applicants who got accepted. It’s a little like trying out for the Lakers when you’re 6’5”: you might be tall enough, but you’d better have a superhuman jump shot if you’re going to beat out Kobe Bryant.

With that said, as I wrote in my recent Ivy League Decision Day SAT Scores blog, among students who do have great SAT scores, the acceptance rate is still only a few percentage points higher than for the application pool at large. And it's well below 50%. Therefore, even a student with a perfect score has no basis on which to expect admission, much less complain that her rejection was unjust. What does this mean? Low SAT scores can certainly get you rejected, but high SAT scores never assure you of acceptance.

What Does ‘Holistic’ Really Mean?

Weiss had excellent grades and test scores, and she understandably thought that they would put her on the path to acceptance. But highly selective colleges evaluate students holistically: they look at teacher recommendations, application essays, activities and extracurricular accomplishments, sense of humor, ethical perspectives, and, yes, socioeconomic status—among many other things. And they do so without a formula or quotas. Admissions officers are human beings with plenty of inscrutable foibles and preferences. Often, they don't even know what they're looking for, because some of the most compelling applicants come with entirely unexpected interests and personality traits.

Know, and Respect, Your Competition

Weiss' flippancy about founding a charity or “having two moms” belies the fact that many kids these days do have incredible accomplishments--and many of them have pursued them sincerely. They are published authors. They have made medical breakthroughs. They have patents to their names. They have won national music competitions. Several of my former students were, like Weiss, pages in the U.S. Senate. Many of these students left me impressed and humbled, and I’m sure they had the same effect on admissions officers.

High schools are small. Everyone knows who the academic superstars are, and those superstars deserve to be proud of themselves—as does Weiss, with a 4.5 GPA. But there are over 40,000 high schools in the United States, and each of those schools has their superstars. College applications take place on a national level, so the local hero has to be prepared to become anonymous the moment he submits that application. As well, modesty is as much a virtue now as it ever was. If a college has to choose between a braggart and an equally qualified worker bee, the worker bee is going to get the nod nine times out of ten.

Weiss' most sympathetic lament is that she was "lied to" about the nature of meritocracy and the rewards of hard work. Weiss may be right: but it's not the colleges that did the lying. They publish their statistics an they always insist that the selection process is subjective. She faults the colleges for telling students to “just be (themselves).” Of course the colleges say this. They want students to portray themselves genuinely so that they can make genuine evaluations. Once students start dissembling, the whole system falls apart (and you can bet that admissions readers know when they’re being lied to).

"Be yourself" is therefore not a pep talk for students; it's crucial for the integrity of the admissions system.  Colleges don’t promise offers of admission merely for being honest—they pledge that they’ll give each honest applicant a fair shake. If Weiss has a quarrel, it should be with anyone--parents, friends, teachers, and even college counselors--who failed to tell her about the reality of college admissions.

I’m always wary of the notion of getting so attached to a faraway place that you lose perspective, raise your pressure, and, ultimately, could come off as so anxious and even narrow-minded that you actually undermine your chances of admission. (Imagine the rec letters for the student who must, must, must go to Harvard?) A smart, ambitious student can find happiness and success in a thousand different places. What does Yale really have that Sonoma State doesn’t? Will you make more money if you’re miserable at Harvard than if you’re dazzled at U of Oklahoma? Who knows. Satisfaction is always in the eye of the beholder.

For Suzy and the many, many students with whom she is in good company, I can promise one thing: when they line up at the dining hall this fall, they won’t find sour grapes anywhere on the menu.

Josh Stephens is ArborBridge's Director of International Development. He can be reached at Josh@ArborBridge.com.