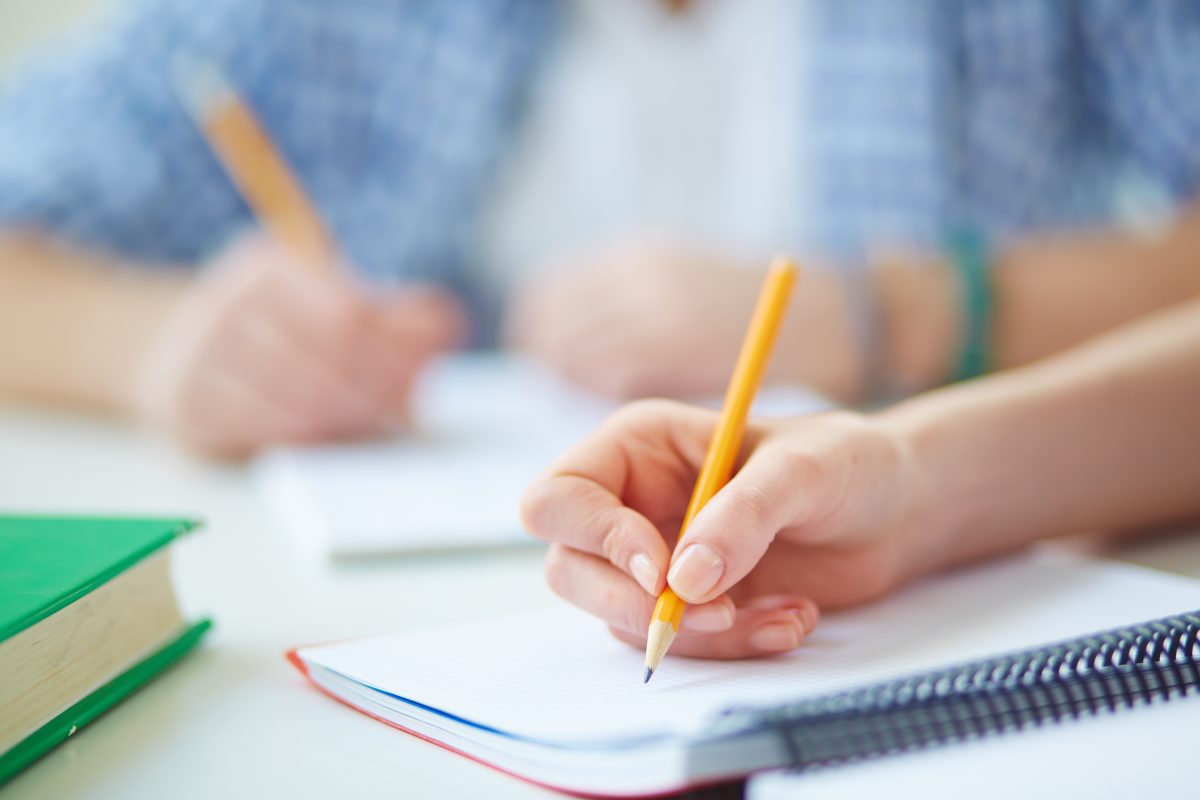 Today the ACT announced that it will no longer grade the ACT Writing Test on a scale of 1–36. Beginning in September of 2016, the ACT will return to the old Writing scale of 2–12.

Why the sudden change?

The ACT no longer believes that a 1–36 score is the best way to report student Writing performance. While the 1–36 scale was designed to better align the ACT Writing score with the rest of the ACT score report, the ACT now realizes that the new scale created a “perceptual problem” for students, counselors, and colleges. In other words, the new scale failed to provide reliable information about students.

Will the Writing task change too?

Fortunately, no. In the midst of so many changes to both the SAT and the ACT, we are pleased to report that the optional ACT Writing task will remain the same. Students will still evaluate three perspectives on a controversial modern-day issue as well as form their own opinions on the issue.

The rubric will also remain the same. Just as with the 1–36 scale, students will be assigned four domain scores: Ideas & Analysis, Development & Support, Organization, and Language Use & Conventions.

How will the grading work?

Even though the ACT is returning to the 2–12 scale, it will not return to its old scoring scheme. Under the old 2–12 scheme, two graders each assigned an essay a single, holistic score from 1–6. The scores were then combined to form a Writing score from 2–12. And that was it! Now things are a bit more complicated. Two graders will assign each essay four separate domain scores. The scores will then be added, averaged, and rounded to the nearest whole number to form a Writing score from 2–12.

What about the ELA score?

Last year, the ACT began including ELA (a rounded average of English, Reading, and Writing scores) and STEM (a rounded average of Math and Science) scores on its score reports. The ELA score was easy to calculate and understand when the English, Reading, and Writing scores were all out of 36. Now that the Writing score is out of 12, the ACT will probably just convert the Essay score to a score out of 36 behind the curtain before rolling it into the ELA score.

How does the new scale compare to the old?

If you were caught in the crossfire of old—to new—to newish scoring schemes, then you are probably feeling very confused about how to interpret your scores. Rest assured that you are not alone! The ACT itself changed the charts it uses to compare student Writing performance to that of other students (i.e. percentile charts) dramatically between 2015 and 2016.

As you can see, students who took the exams in 2016 received lower percentiles for identical scores from the 2015 rollout. This created confusion as to which percentile chart is reliable and which chart colleges should use to evaluate student scores.

To add another layer of mystery, the ACT offers several methods of converting between 2015–2016 and 2016–2017 scores. These instructions include reverse engineering a student’s Writing score from an existing ELA score, using the four domain scores to generate a score out of 12, using the ACT’s concordance table based on a comparison between student performance on the September 2015 exam and April 2016 exam (see below), and using student ranking.

The biggest pitfall of all of these methods is that they are based on scores from the 1–36 era. As shown above, this era gave rise to vastly divergent percentile charts and confusing admission metrics. What’s more, it’s probably going to take the ACT some time to gain their footing as they merge the four domain scores of the 1–36 scale with the smaller scoring spread of the 2–12 scale.

Students who prepped for the ACT Writing test do not have to make any adjustments to their writing. Even though the scale is changing, the Writing task and rubric remain the same.

One change that could affect students, however, is super-scoring. Many students who received disappointing Writing scores on earlier exams hoped colleges would superscore their Writing tests. With the introduction of the new scale, however, it will be more difficult for colleges to compare across tests. This could unfortunately reduce the number of colleges willing to superscore.

Fortunately, students who took the ACT exam within the last three months and are dissatisfied with their scores can still mail the ACT a request for a rescore. The request costs $50, but the fee will be refunded if the ACT decides to change the score. The ACT will never lower a student’s Writing score, so it may be worth a try.

While students who sit for the ACT Writing test will no doubt want to earn the highest score possible, we must remember that colleges are the ones who ultimately decide how to interpret Writing scores. Students should therefore talk to their college counselors and college admissions departments where they plan to apply before making any essay-related decisions.

What does this mean for the future of tests?

With all of the recent changes to both the SAT and ACT essays, we can’t help but notice that the optional Writing tests are losing traction. As of today, only 15% of colleges require the SAT or ACT essay, and of those colleges, many choose to place less weight on it than they do other scores. With this new change, colleges will only find it harder to interpret Writing scores. Unless the SAT and ACT find a way to communicate to colleges and the education community that Writing tests can be reliably standardized, look for these tests to continue to fade from the spotlight.

We realize this is a lot to take in all at once. As always, we’ll be sure to keep you updated on all the latest ACT and SAT news.

ACT to Debut 'PreACT' Fall of 2016
Why You Shouldn't Worry Too Much About the Changes to ACT Math and Science
Students, Counselors Demand Explanation for Low ACT Essay Scores